What is a Mouse?

A Mouse is a Input Device for inputting certain actions. It is a pointing device that detects two-dimensional motion relative to a surface. This motion is typically translated into the motion of a pointer on a display (monitor, projector etc), which allows for fine control of a graphical user interface.

Physically, a mouse is an object held in one’s hand, with one or more buttons. Mice often also feature other elements, such as touch surfaces and “wheels”, which enable additional control and dimensional input.

The earliest known publication of the term mouse as a computer pointing device is in Bill English’s 1965 publication “Computer-Aided Display Control”.

In 1946, Trackball, a related pointing device, was invented by Ralph Benjamin as part of a post-World War II-era fire-control radar plotting system called Comprehensive Display System (CDS). The device was patented in 1947, but only a prototype using a metal ball rolling on two rubber-coated wheels was ever built and the device was kept as a military secret.

Another early trackball was built by British electrical engineer Kenyon Taylor in collaboration with Tom Cranston and Fred Longstaff. Taylor was part of the original Ferranti Canada, working on the Royal Canadian Navy’s DATAR (Digital Automated Tracking and Resolving) system in 1952.

Independently, Douglas Engelbart at the Stanford Research Institute (now SRI International) invented his first mouse prototype in the 1960s with the assistance of his lead engineer Bill English. They christened the device the mouse as early models had a cord attached to the rear part of the device looking like a tail and generally resembling the common mouse.

A Mouse typically controls the motion of a pointer in two dimensions in a graphical user interface (GUI). The mouse turns movements of the hand backward and forward, left and right into equivalent electronic signals that in turn are used to move the pointer.

The relative movements of the mouse on the surface are applied to the position of the pointer on the screen, which signals the point where actions of the user take place, so that the hand movements are replicated by the pointer.

Different ways of operating the Mouse make Specific Things to happen on your display. Few common example are

There are many different kind of Modern Mouses available. They are as follows.

Both Optical and Laser Mouse have sub variety of Wired or Wireless. Wired Mouse have/need a wire to join the Mouse to a Computer though a USB or PS/2 port.

On the other hand Wireless Mouse do not need a wire. They connect to the Computer via Infrared, Radio or Bluetooth. The receiver is connected to the computer through a serial or USB port, or can be built in (as is sometimes the case with Bluetooth and WiFi). Modern non-Bluetooth and non-WiFi wireless mouse use USB receivers. 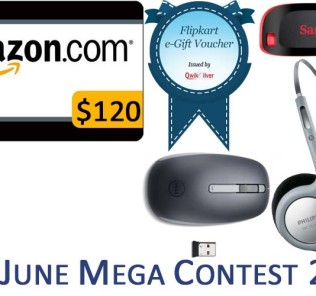 Ebay Paypal are Separating
Next