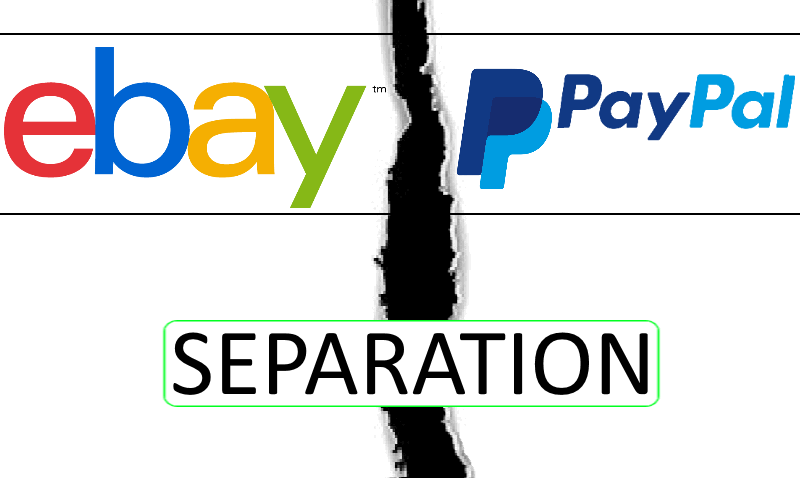 On October 3, 2002, PayPal became a wholly owned subsidiary of eBay. But Now eBay and PayPal will be separate companies soon. This is not a recent News but I came across it just a few days ago when I was checking eBay.

On September 30, 2014, eBay Inc. announced it would split into two independent public companies —eBay and PayPal— by the end of 2015. They updated eBay and PayPal User Agreements and Privacy Notices. And there is a strip at the top on both their websites, so I am sure most of you already know this.

Will it change anything?

This will not be any significant influence on Customers and Users of eBay and PayPal. They were under eBay Inc. corporate family of companies when PayPal became a wholly owned subsidiary of eBay. But within this corporate structure, PayPal already was operating as a separate, stand-alone company.

Separation will just make it easier for both PayPal and eBay to grow their own businesses. Becoming independent in the second half of 2015 will provide each company with new market and partnership opportunities that would’ve been more difficult to pursue while part of the combined corporate family.

What does this mean?

Both have made updates to their User Agreement to keep the same user experience in place. eBay will continue to work with PayPal for payments, refunds, past due balances, and holds. This is in line with how PayPal and eBay have worked together in the past. There are few changes on ebay side so you should best read the following updates.

What do you think about this?

Only Logged in users can see their Unique Referral Link to This Page
like
What's your reaction?
I Love it
0%
I am Interested
0%
Its Cool
0%
Wait! What?
0%
Its Meh...
0%
I am Not Interested
0%
I Hate it
0%
Posted In
On The Web
Tags
eBay, PayPal
eBay, PayPal
About The Author What is a Mouse?
Advertisement
My Points Wallet
Only Logged in users can see their Geek Points, Geek Rank, Techie Points & Techie Rank